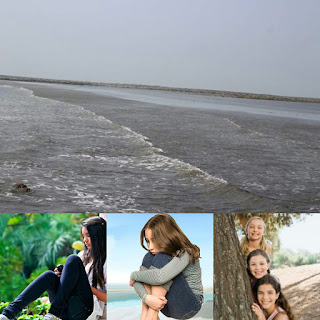 Girls who start puberty early may be at particular risk for problem behaviors as teenagers, a new study suggests- (Reuters Health) .
But parents who are alert to the risk might be able to step in and prevent the problems, the researchers say.
The risk might be related to the girls’ friendships. In their study, girls whose bodies started to change before age 11 were more likely later on to have best friends who misbehave.
But, the researchers found, most of these harmful friendships weren’t yet formed by age 11. So while the girls are still young, this might be a time for parents to monitor them closely, support them, and prevent these dangerous friendships from getting started.
“Peers are increasingly influential from childhood through adolescence, and girls who mature earlier than their peers may be drawn to more delinquent friends for a variety of reasons, such as wanting to fit in, being teased by other classmates, or not having the emotional development or social competence to match their advanced physical development,” Erika Westling told Reuters Health.
Westling researches personality and health at the Oregon Research Institute in Eugene but was not involved in the new study.
“As this research shows, early maturers appear to be more vulnerable to peer influences than non-early maturers, so they may not be able to resist peer pressure as effectively,” Westling added.
Sylvie Mrug, a psychologist at the University of Alabama at Birmingham, and her colleagues interviewed 2,600 girls at age 11, 13 and 16 years old, and their parents. The girls reported on their own behavior issues, those of their best friend, and any incidences of physical or nonphysical aggression.
Out of every 100 girls in the study, 16 had “matured early,” that is, they got their periods for the first time before age 11. (The average age for first period to occur is 12.)
As expected, girls whose best friends had behavior problems were very likely to have similar behavior problems themselves.
And girls who entered puberty early had a stronger link between best friend’s problems and their own problems, which suggests more vulnerability to peer influences, the authors write in Pediatrics.
Mrug and her colleagues accounted for parental education, household income, family structure and ethnicity. They were not able, however, to account for parental conflict or parenting behaviors, which might also be important in determining girls’ behavior, Mrug said.
“For girls, early puberty is associated with more emotional problems, such as depressive symptoms and lower self-esteem, as well as more problem behaviors, such as delinquency, aggression, substance use, and risky sexual behavior,” Mrug said. “For boys the results are less consistent, but early puberty has also been linked with more problem behaviors.”
These results might help researchers understand how to prevent some of these negative associations, Mrug said.
Lars Lien, of the Norwegian Centre for Addiction Research in Oslo, who has also studied this issue, told Reuters Health that the link to badly-behaving peers is interesting and perhaps very important, but it can’t be completely trusted unless other studies can duplicate the results.
Although this study did not identify who the girls’ best friends were, in previous studies, more deviant friendships for early maturing girls have been with older boys.
It is not certain that preventing problematic friendships, if that were possible, would make a difference in a girl’s behavior, Lien said.
“But from common sense and having daughters myself I think that although many parents blame bad peers, I’m not sure if we have any evidence to say that other friends would change a trajectory,” he said.
But Mrug argues that parents actually do have a lot of influence over their kids’ friend choices.
Parents can expose their kids to different types of peers via play dates, extracurricular activities and church youth groups. Parents also shape their kids’ values and behaviors, said.
“Parental monitoring plays a big role in adolescence - knowing what the child does when she is away from parents, knowing who her friends are and what they do together, and the best foundation for effective monitoring is an affectionate, supportive parent-child relationship combined with consistent rules and consequences,” Mrug said.
“Clear rules and expectations, with appropriate positive and negative consequences for the adolescent’s behavior are also critical, together with open communication about values and why some behaviors are unacceptable,” she said.
Raising family and social awareness:
Follow my Facebook page
https://www.facebookcom/cgd0074/
Email :rsharia@gmail.com
#SayNotoDRUGS 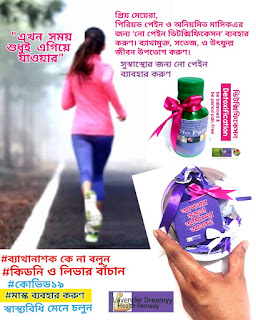