Showing posts from July, 2016
Show all

THE EFFECTS OF VIDEO GAMES ON CHILDREN'S BRAIN, BEHAVIOUR AND MOTOR SKILL 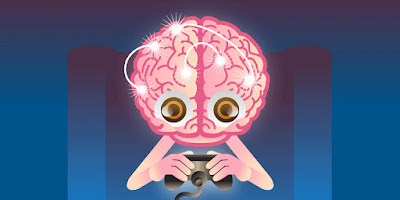 As the number of people playing games rises, the impact of video games on the human brain becomes a more intriguing research area.


Video games are gaining popularity with both children and adults. There is concern among the public that the brutality portrayed on television, as well as within video games, encourages aggressive behavior within its spectators.

Based on the thousands of studies and news pieces on the impact of the violent nature of some television, shows, we can assume that violent scenes in video games also aggravate violent behavior.


There is a source who calls the research preliminary, but one has only to look at the results of completed research to see that habitual players of brutal games become desensitized to violence. An increase …
Post a Comment
Read more
More posts